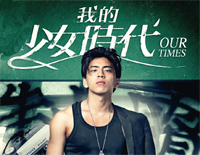 Free Simple Happiness piano sheet music is provided for you. So if you like it, just download it here. Enjoy It!

Simple Happiness
is a song performed by Taiwanese singer-songwriter Hebe Tien. And she is most notably a member of Taiwanese Mandopop girl group S.H.E. She has the best record among other female singers in the Mandopop music scene. On December 6, 2014, she held her first solo concert at Taipei Arena, with 22,000 tickets selling out completely within 10 minutes.

Also Simple Happiness is an insert song for 2015 Taiwanese romance film Our Times directed by Frankie Chen. It is the directorial debut of Frankie, who previously directed television dramas. The film stars Vivian Sungas Lin Chen-hsin, an ordinary schoolgirl, and Darren Wang as Hsu Tai-yu, the school's notorious gang leader.