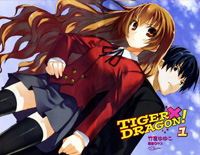 Free Holy Night piano sheet music is provided for you. So if you like it, just download it here. Enjoy It!

Holy Night
is used as the insert theme for episode nineteen of the Japanese anime series Toradora!. And it was performed by Kugimiya and Kitamura.

Toradora! anime television series was first announced on a promotional advertisement for light novels being released under ASCII Media Works' Dengeki Bunko imprint for April 2008. The anime is directed by Tatsuyuki Nagai and produced by the animation studio J.C.Staff. Toradora! contains 25 episodes, which aired between October 2, 2008 and March 26, 2009 on TV Tokyo in Japan. The episodes aired at later dates on AT-X, TV Aichi, TV Hokkaido, TV Osaka, TV Setouchi, and TVQ Kyushu Broadcasting. The anime premiered in the Philippines through TV5 on May 18, 2009, one of the first to air it outside Japan.