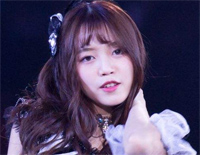 }
Free Give You piano sheet music is provided for you. So if you like it, just download it here. Enjoy It!

Give You is used as the ending theme to SNH48 first Documentary Girls' Babylon Tower. And this film had been upload on QQ video at 17 July 2015.

Besides, Give You is performed by Yi Jiaai who is a member of Chinese idol girl group SNH48. Following AKB48's creator Yasushi Akimoto's concept of "idols you can meet", the group features dozens of female members around the age of 20, who perform regularly in the group's own theater and interact with fans predominantly via handshake events. The first generation of members was announced on October 15, 2012 and included 26 native members and AKB48's Sae Miyazawa and Mariya Suzuki as temporary Japanese members. The group is owned by Chinese companies NineStyle and Star48.