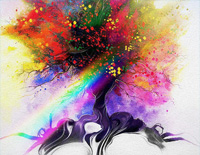 Free True Colors piano sheet music is provided for you. So if you like it, just download it here. Enjoy It!

The official single is a new version of the track, with the vocals provided by American singer Kesha and was released as the album's fourth single on April 29, 2016. They performed the song live at Coachella 2016. The song will appear in FIFA 17.

The Lyrics of True Colors:

Stars fall at my feet,
Keep me grounded as I reach
Higher than I see.
Is there something there for me?
Pulling back the reins,
Letting go again
I'm not afraid. I'm not.

A promise with a lie
Is broken by design
What I thought I knew
Has been swallowed by the truth
It's time to light the flame
Right before it rains
I'm not afraid. I'm not.

Something tells me I know nothing at all
I've escaped my capture
And I have no master
And somehow it's like I've waited...