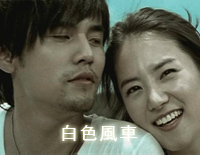 Free White Windmill piano sheet music is provided for you. So if you like it, just download it here. Enjoy It!

White Windmill
is a song from Taiwanese Mandopop artist Jay Chou' seventh studio album Still Fantasy. The album was originally scheduled for release on 8 September. However, Alfa Music decided to bring the release date three days forward because the master CD was leaked in Mainland China by employees of the album's production facility. This led to illegal downloads of MP3s and sales of unlicensed copies of the then yet-to-be-released album.

This is a rather upbeat R&B piece, and incorporates violin and synthesizer. The lyrics describe the relationship between the author and his interest.