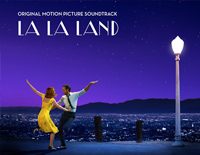 Free City of Stars piano sheet music is provided for you. So if you like it, just download it here. Enjoy It!

City of Stars is a song sung by Ryan Gosling and Emma Stone from the film La La Land. It won a Golden Globe Award for Best Original Song.

The music of the song was composed by Justin Hurwitz while the lyrics were provided by Benj Pasek and Justin Paul.

In the film, City of Stars is first sung by Gosling alone as the character of Sebastian as he sings and dances on the Hermosa Beach pier. Later in the film, it is reprised by Sebastian and Mia (Stone) during a montage of him getting ready to tour with Keith's (John Legend) band.

Finding a person and living a happy life doesn't survive in the real world. Ups and downs make many couples apart, so do Ryan Gosling and Emma Stone. They hold different attitudes towards love and dream. Finaly they broke up for persuing their dreams and they made it. So hold on to them if you have some.

The Lyrics of City of Stars:

City of stars
Just one thing everybody wants
There in the bars
And through the smokescreen of the crowded restaurants
It's love
Yes, all we're looking for is love
From someone else

A rush
A glance
A touch
A dance
To look in somebody's eyes
To light up the skies
To open the world and send me whirly,
A voice that says I'll be here
And you'll be alright