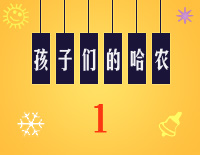 Hanon Exercises was a system of piano exercises, created by Charles-Louis Hanon who was a French piano pedagogue and composer.

Hanon Exercises has become the most widely used set of exercises in modern piano teaching. Piano students all over the world know of Hanon's famous training exercises for pianists. Both Sergei Rachmaninoff and Josef Lhévinne claimed Hanon to be the secret of why the Russian piano school delivered an explosion of virtuosi in their time, for the Hanon exercises have been obligatory for a long time throughout Russian conservatories; there were special examinations at which one had to know all exercises by heart, to be played in all tonalities at highly advanced speed.

Although the value of Hanon's exercises is highly recognized by most of the greatest pedagogues and pianists, the exercises have their detractors. Some critics have questioned the merits of the independent finger technique which the exercises seek to cultivate, with some pedagogues, such as Abby Whiteside, considering them to be actively harmful.

It has been a recent trend for music schools to hold a Hanon Marathon, Church Street School for Music and Art being the first to have coined the term and held the event, in which Hanon Exercises are played competitively. Other works of Hanon include 50 instructional pieces, Méthode Élémentaire de Piano, and a collection of 50 Ecclesiastical Chants. So Charles Nunzio wrote "Hanon for Accordion", a two-volume set of exercises for Piano Accordion based on a similar philosophy, which has recently been reissued in an updated edition. A Hanon for guitar and bass have also been written.

It is just because this song is quite classical that there are so many people look for Hanon Exercises stave and here we just provide it, download it now!