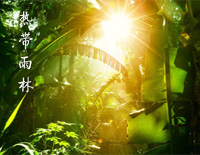 Free Tropical Rain Forest piano sheet music is provided for you. So if you like it, just download it here. Enjoy It!

Tropical Rain Forest
is from S.H.E's second studio album Youth Society. The album was released on January 29, 2002 by HIM International Music.

It features S.H.E's first collaboration with Jay Chou, who composed Tropical Rain Forest. The song would later be performed live with Chou during the first five stops of S.H.E's Perfect 3 Tour.

S.H.E is a Taiwanese girl group whose members are Selina Jen, Hebe Tien, and Ella Chen, managed by the HIM International Music label. Avex Asia distributed S.H.E's music in Hong Kong, but transferred this role to WOW Music in 2007. Gold Typhoon is the distributor in the People's Republic of China.