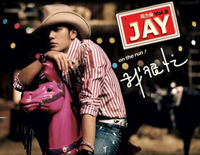 Free Sweetness piano sheet music is provided for you. So if you like it, just download it here. Enjoy It!

Sweetness
is a song by one of the most famous male singer Jay Chou. Jay Chou composed it,and Jay Chou wrote the lyrics. Sweetness was released in 2007.

In November 2014, Chou confirmed his relationship with model Hannah Quinlivan.The two eventually had their wedding planned by Sarah Haywood in England.[147] It took place in Selby Abbey of North Yorkshire on 17 January 2015, one day before Chou's birthday.