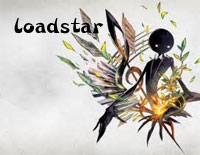 Free Loadstar piano sheet music is provided for you. So if you like it, just download it here. Enjoy It!

Loadstar
is a piece of music from a rhythm game called Deemo.

M2U is a Korean and a leader of composer, lyricist, singer gor music games.

Deemo is a rhythm game developed by Rayark Games, an independent game developer in Taiwan. The game was released on iOS and Android mobile platforms on November 13, 2013. An enhanced port for the PlayStation Vita, titled Deemo: Last Recital, first announced late 2014, was released in June 2015. The core gameplay of Deemo is a score-based music video game. Each playable song features three levels, namely Easy, Normal, Hard, each given a difficulty rating measured in a 'Level' scale. The levels were originally being ranged between 1 and 10.