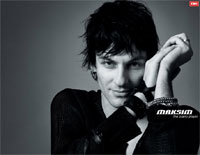 Free Victory piano sheet music is provided for you. So if you like it, just download it here. Enjoy It!

Victory
is a piece of music by Croatian pianist Maksim Mrvica.

Maksim plays classical crossover music. He was born in Sibenik, Croatia. He took up piano lessons at the age of nine. Three years later he gave his first concert performance of Haydn’s Piano Concerto in C major.He found himself recording his first CD, Gestures, an album of contemporary Croatian piano pieces. Gestures became one of the fastest-selling classical recordings to be released in Croatia, and Mrvica was invited to officiate the Porin award ceremony, an honour not usually granted to a classical artist.