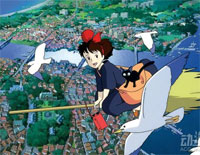 Meguru Kisetsu, also known as Changing Seasons, is one of sound tracks of Kiki's Delivery Service, a 1989 Japanese animated fantasy film produced by Studio Ghibli. It was written, produced and directed by Hayao Miyazaki as an adaptation of the 1985 novel of the same name by Eiko Kadono.


And the song was compsed by composer and director Joe Hisaishi and was performed by Azumi Inoue who is a Japanese singer.


While possessing a stylistically distinct sound, Hisaishi's music has been known to explore and incorporate different genres, including minimalist, experimental electronic, European classical, and Japanese classical. Lesser known are the other musical roles he plays; he is also a typesetter, author, arranger, and conductor.


Meguru Kisetsu is well known by people and if you like it, you can also download the free Meguru Kisetsu sheet music to play with Everyone Piano. Just Enjoy It!

Meanwhile, we also offer different version of Meguru Kisetsu-Changing Seasons sheet music for you to download