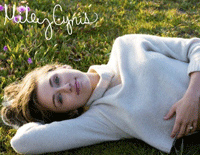 Free Malibu piano sheet music is provided for you. So if you like it, just download it here. Enjoy It!

Malibu is a song recorded by American singer Miley Cyrus as the lead single from Cyrus' upcoming sixth studio album, which is set for release in October 2017.

Miley Ray Cyrus is an American singer, songwriter, and actress. After playing minor roles in the television series Doc and the film Big Fish in her childhood, she became a teen idol starring as the character Miley Stewart in the Disney Channel television series Hannah Montana in 2006. She subsequently signed a recording contract with Hollywood Records, and her debut studio album Meet Miley Cyrus (2007) was certified triple-platinum by the Recording Industry Association of America (RIAA) having shipped over three million units.

The Lyrics of Malibu: