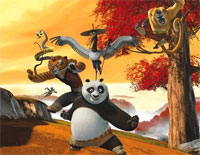 }
Free Oogway Ascends piano sheet music is provided for you. So if you like it, just download it here. Enjoy It!

Hans Zimmer is a German film score composer and record producer. Since the 1980s, he has composed music for over 150 films. His works include The Lion King, for which he won the Academy Award for Best Original Score in 1995.