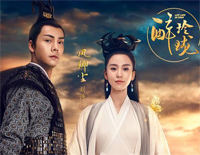 }
Free Exquisiteness piano sheet music is provided for you. So if you like it, just download it here. Enjoy It!

Jane Zhang She debuted her singing career by winning the third place at the Chinese singing contest Super Girl in 2005. The next year she released her debut album The One.