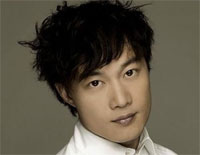 }
Free Your Backpack piano sheet music is provided for you. So if you like it, just download it here. Enjoy It!

Your Backpack  is a song by Hong Kong singer and actor Eason Chan. He made a cooperation with lyricist Lin Xi. Your Backpack was released on Febuary 2, 2003.