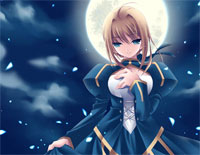 }
Free Sorrow piano sheet music is provided for you. So if you like it, just download it here. Enjoy It!

Sorrow
is a piece of music composed by Japanese music composer Kawai Kenji. He has contributed to the musical scores for numerous films from Japan and other countries in Asia, working in film genres as diverse as anime, horror, sci-fi and historical epic.


Fate/stay night is a Japanese visual novel developed by Type-Moon, which was originally released as an adult game for Windows. A series of light novels titled Fate/Zero, set as a prequel to Fate/stay night, were produced from 2006 to 2007, with an anime adaptation by Ufotable airing between October 2011 and June 2012.