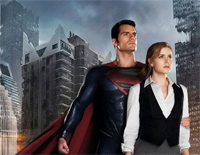 Free Man of Steel piano sheet music is provided for you. So if you like it, just download it here. Enjoy It!

Man of Steel serves as the main theme song of 2013 film with a same name, composed by German film score composer and record producer Hans Zimmer.