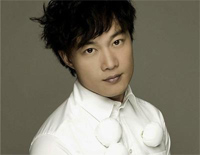 Free Ten Years piano sheet music is provided for you. So if you like it, just download it here. Enjoy It!

Ten Years is a song by Chinese singer and actor Eason Chan. It was released on April 1, 2003.

Eason Chan Yik-shun is a prominent male singer in Hong Kong's music industry. Eason Chan has been praised by Time magazine as a front runner in the next generation of Cantopop. He is considered by some to be Hong Kong's third "god of song" after Samuel Hui and Jacky Cheung. In 2012, Time Out Hong Kong crowned Chan as the "King of AsianPop".