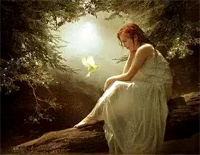 Ballade pour Adeline numbered musical notation and stave are corresponding completely, which is the specified track for EOP Demon Training Camp and also suitable for his members to practice!

Ballade pour Adeline
, also known as Ballad for Adeline in French, is a 1976 instrumental composed by Paul de Senneville and Olivier Toussaint. And the music was firstly recorded by Richard Clayderman.

The French trumpeter Jean-Claude Borelly recorded his version in the early 80's which used the same instrumental backing track as the original recording.

And Ballade pour Adeline was used as the demo song for the Casio CT-650, a keyboard put out by Casio in 1989. Also this ballade was played as the theme piece of a Filipino program on the GMA Network from 1980 to 1996 Lovingly Yours, Helen, hosted by Helen Vela.

Meanwhile, we also offer different version of Ballade pour Adeline sheet music for you to download