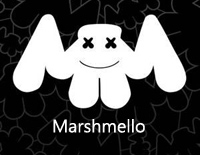 Free Find Me piano sheet music is provided for you. So if you like it, just download it here. Enjoy It!

Find Me is a song by electronic dance music producer and DJ Marshmello. It was a single of his debut studio album Joytime, which was released on 8 January 2016.

Marshmello first gained international recognition by remixing songs by Jack Ü and Zedd. In January 2017, his song Alone appeared on the US Billboard Hot 100 chart.