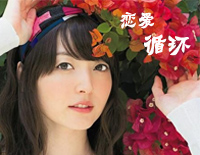 Free Ren'ai Circulation Easy Version piano sheet music is provided for you. So if you like it, just download it here. Enjoy It!

Ren'ai Circulation
is used as the 10th opening theme to the anime Bakemonogatari. An anime adaptation by Shaft of Bakemonogatari aired 12 episodes between July and September 2009, and released three more episodes online between November 2009 and June 2010.

And Ren'ai Circulation was performed by Japanese voice actress and singer Kana Hanazawa. She is known for voice acting leading roles for a number of anime television shows and other anime-related media in Japan.