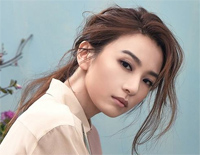 }
Free LOVE piano sheet music is provided for you. So if you like it, just download it here. Enjoy It!

LOVE is a song by Taiwanese singer Hebe Tien. It is included in her album To Hebe. LOVE was released on September 03,2010.

Hebe Tien is a Taiwanese singer and actress. Born and raised in Hsinchu, Taiwan, she rose to fame in the early 2000s as a member of Taiwanese girl-group S.H.E. The release of her debut album, To Hebe (2010), established her as a solo artist. Her song, A Little Happiness, which is the theme song of the 2015 Taiwanese romance film, Our Times, became a hit in Taiwan.