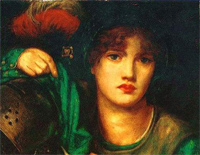 Greensleeves is a traditional English folk song and tune, a ground either of the form called a romanesca or of its slight variant, the passamezzo antico.

There is a persistent belief that Greensleeves was composed by Henry VIII for his lover and future queen consort Anne Boleyn. Boleyn allegedly rejected King Henry's attempts to seduce her and this rejection may be referred to in the song when the writer's love "cast me off discourteously". However, Henry did not compose this song, which is probably Elizabethan in origin and is based on an Italian style of composition that did not reach England until after his death.

The earliest known source of the tune (Trinity College, Dublin ms. D. I. 21, c. 1580—known as "William Ballet's lute book") gives the tune in the melodic minor scale. Greensleeves is also often played in a natural minor scale and sometimes in the Dorian mode.

With the popularity of this song, Greensleeves stave is more and more needed, here we provide a simply one, hope you like it.