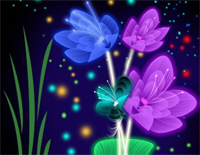 Free Fantasia piano sheet music is provided for you. So if you like it, just download it here. Enjoy It!

Fantasia
is a piece of music by Robert Schumann, a German composer and influential music critic. It was created in 1838.

Schumann's published compositions were written exclusively for the piano until 1840; he later composed works for piano and orchestra; many Lieder (songs for voice and piano); four symphonies; an opera; and other orchestral, choral, and chamberworks. Works such as Kinderszenen, Album für die Jugend, Blumenstück, the Sonatas and Albumblätter are among his most famous. His writings about music appeared mostly in the Neue Zeitschrift für Musik (New Journal for Music), a Leipzig-based publication which he jointly founded.