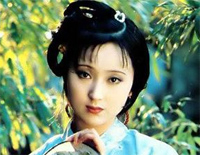 Free From Heaven Fallen An Angle Sister Lin piano sheet music is provided for you. So if you like it, just download it here. Enjoy It!

From Heaven Fallen An Angle Sister Lin
is an insert song for Dream of the Red Chamber.

Dream of the Red Chamber, also called The Story of the Stone, composed by Cao Xueqin, is one of China's Four Great Classical Novels. In 1987, it was adapted for a television series produced by CCTV . It gained enormous popularity with its superb music, cast, and plot adaptation. It was first filmed in Beijing in Mandarin. Then it was translated into Cantonese,Shanghainese, and other languages and aired in the rest of China. It is 36 episodes long.