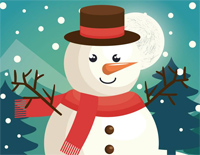 Free Snowdream piano sheet music is provided for you. So if you like it, just download it here. Enjoy It!

Snowdream
is a piece of music from Bandari's album One Day in Spring which was released in 1998. Bandari is a new-age music band on the AVC Audio Video Communications AG record label of Au, Switzerland. Bandari released its first album in 1990 and has published over 20 albums all around the world.


Bandari never published its members' names and it was asserted by Bandari fans. Further, the fact that Bandari as a music band is only known in China and Taiwan. Music fans recently concluded that Bandari is a commercial project initiated by Taiwan music companies, instead of being a music band.