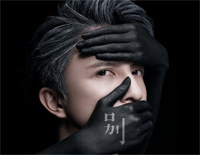 Free Don't piano sheet music is provided for you. So if you like it, just download it here. Enjoy It!

Don'tis a song by Chinese male singer Joker Xue. It was released on October 31, 2017.

Joker Xue, formerly known as Jacky Xue, is a Chinese singer, record producer, actor and television host. He released his debut album, Jacky Xue, in 2006 which received critical acclaim. His single, Snow, was an enormous success, receiving many positive feedbacks and he became one of the most popular singers at the time. Joker achieved huge success in his 2016 comeback and gained immense popularity which can be seen from his participation in over 50 popular variety programs solely in 2016, with various roles such as program judge, host and guest.