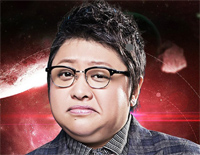 Free That Ocean piano sheet music is provided for you. So if you like it, just download it here. Enjoy It!

That Ocean
is a song by Chinese singer Han Hong who also plays the roles of lyricist and composer.

Han Hong is a Chinese singer and songwriter of ethnic Tibetan and Han Chinese origin. She is one of the most famous female singers in China, and has maintained her diva status since 2003. She is also a songwriter who specializes in a variety of Chinese folk music. In the 1990s, she was considered a frontline singer in the Beijing music scene. She came to prominence after 2002. In 2015 Han participated in Hunan Television's popular reality music television series I Am a Singer which she came in first place.