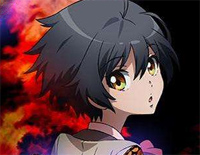 Free Mikazuki piano sheet music is provided for you. So if you like it, just download it here. Enjoy It!

Mikazuki is used as the ending theme to the anime series Rampo Kitan: Game of Laplace. It was sung by Japanese pop singer and songwriter Sayuri.

Game of Laplace is a Japanese anime television series produced by Lerche and directed by Seiji Kishi. The series aired on Fuji TV's Noitamina programming block[1] from July 2 to September 17, 2015. The anime is inspired by the works of author Edogawa Ranpo and commemorates the 50th anniversary of his death in 1965.