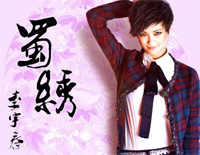 Free Sichuan Embroidery piano sheet music is provided for you. So if you like it, just download it here. Enjoy It!

Sichuan Embroidery is a song by Chinese pop singer and actress Li Yuchun. She achieved fame when she won the nationwide singing contest Super Girl in 2005.