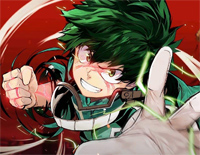 Free ODD FUTURE piano sheet music is provided for you. So if you like it, just download it here. Enjoy It!

ODD FUTUREis a song by Japanese rock band UVERworld, and serves as the opening theme song of anime series My Hero Academi 3.

My Hero Academia is a comedy adventure manga series written and illustrated by Kōhei Horikoshi. It was adapted into an anime television series; the first season aired from April 3 to June 26, 2016. The second season aired from April 1 to September 30, 2017. A third season was announced in the 44th issue of Weekly Shōnen Jump magazine of 2017. The simuldub premiered on April 7, 2018.