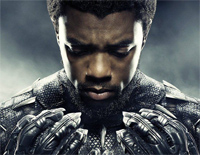 }
Free Black Panther piano sheet music is provided for you. So if you like it, just download it here. Enjoy It!

Black Panther is a song by American rapper Kendrick Lama. It is an original song from 2018 American superhero film Black Panther.

The Lyrics of Black Panther: