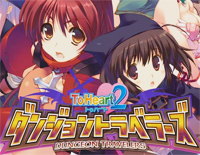 Free Tomoshibi piano sheet music is provided for you. So if you like it, just download it here. Enjoy It!

Tomoshibi
is the ending theme to the anime To Heart 2. The anime television series for To Heart 2 was produced by Oriental Light and Magic and directed by Norihiko Sudō. Conisch and Kei Haneoka provided the soundtrack for the series. The episodes aired between October 3, 2005 and January 2, 2006 consisting of thirteen episodes. A three-episode original video animation series was produced by Aquaplus and Chaos Project with a new, original story. It was released on three DVDs between February 28 and September 28, 2007. A second OVA series titled To Heart 2: Another Days, was released on two DVDs, each containing an episode, between March 26 and August 8, 2008.

And Tomoshibi is sung by Suara, a female Japanese singer working under the label of FIX Records, distributed by King Records.