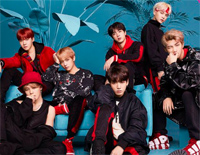 Free Anpanman piano sheet music is provided for you. So if you like it, just download it here. Enjoy It!

And Anpanman is included in album Love Yourself: Tear (2018), debuted at number one on the Billboard 200, making them the only K-Pop act to achieve this feat so far. Since their debut, they have sold an estimated 7 million albums worldwide.