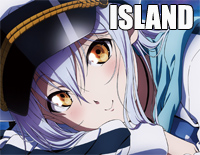 Free Eternal Star piano sheet music is provided for you. So if you like it, just download it here. Enjoy It!

Eternal Star
is the ending theme song to anime television series Island. The series adaptation, directed by Keiichiro Kawaguchi at Feel, premiered on 1 July 2018 on Tokyo MX and other channels. Series composition is handled by Naruhisa Arakawa, music is handled by Akiyuki Tateyama, and characters are designed by Kousuke Kawamura.

And Eternal Star is performed by Asaka, a Japanese singer from Nagoya who is signed to 5pb. Records. She made her debut in 2016 with the release of her first single "Open your eyes", which was used as the ending theme to the 2016 anime television series Occultic;Nine.