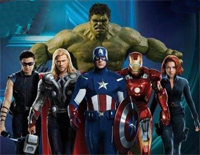 Free Forge piano sheet music is provided for you. So if you like it, just download it here. Enjoy It!

Forge is one of the original soundtrack to the film Avengers: Infinity War. Avengers: Infinity War held its world premiere on April 23, 2018 in Los Angeles and was released in the United States on April 27, 2018, in IMAX and 3D. The film received praise for the performances of the cast (particularly Brolin's) and the emotional weight of the story, as well as the visual effects and action sequences. It became the fourth film and the first superhero film to gross over $2 billion worldwide, breaking numerous records and becoming the highest-grossing film of 2018 to date. The currently untitled sequel is set to be released on May 3, 2019.

And Forge is composed by Alan Silvestri who is an American composer and conductor known for his film and television scores.