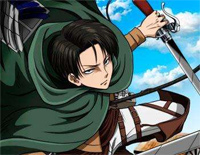 Free Red Swan piano sheet music is provided for you. So if you like it, just download it here. Enjoy It!

Red Swan
is used as the opening theme to the third season of Attack on Titan. Attack on Titan is an anime series adapted from the manga of the same title by Hajime Isayama. It is set in a world where humanity lives inside cities surrounded by enormous walls due to the Titans, gigantic humanoid beings who devour humans seemingly without reason.

And Red Swan is performed by Yoshiki featuring Hyde. Yoshiki is a Japanese musician, songwriter, composer and record producer. He is best known as co-founder of the visual kei heavy metal band X Japan, for which he is the drummer, pianist and main songwriter. While Hyde is a Japanese musician, singer, songwriter, producer, and actor. He is best known as the lead vocalist for the rock band L'Arc-en-Ciel, as well as for Vamps.