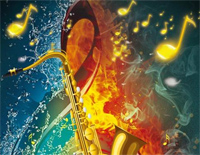 Free Polonaise piano sheet music is provided for you. So if you like it, just download it here. Enjoy It!

Polonaise is created by Johann Sebastian Bach. Bach usually led performances of his cantatas, most of which were composed within three years of his relocation to Leipzig. The first was Die Elenden sollen essen, BWV 75, performed in the Nikolaikirche on 30 May 1723, the first Sunday after Trinity. Bach collected his cantatas in annual cycles. Five are mentioned in obituaries, three are extant. Of the more than three hundred cantatas which Bach composed in Leipzig, over one hundred have been lost to posterity. Most of these concerted works expound on the Gospel readings prescribed for every Sunday and feast day in the Lutheran year. Bach started a second annual cycle the first Sunday after Trinity of 1724 and composed only chorale cantatas, each based on a single church hymn.