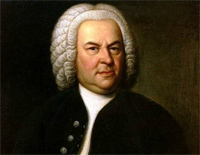 Free March piano sheet music is provided for you. So if you like it, just download it here. Enjoy It!

March
is a piece of music by Johann Sebastian Bach, a composer and musician of the Baroque period. Bach was originally buried at Old St. John's Cemetery in Leipzig. His grave went unmarked for nearly 150 years, but in 1894 his remains were located and moved to a vault in St. John's Church. This building was destroyed by Allied bombing during World War II, so in 1950 Bach's remains were taken to their present grave in St. Thomas Church. Later research has called into question whether the remains in the grave are actually those of Bach.