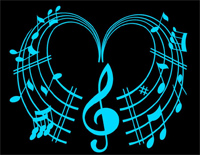 Free Musette 11 piano sheet music is provided for you. So if you like it, just download it here. Enjoy It!

Musette 11
is a piece of music created by German composer Johann Sebastian Bach. To a large extent, Bach's musical style fits in the conventions of his day, which is the final stage of the baroque style. When his contemporaries such as Handel, Telemann and Vivaldi wrote concertos he did so too. When they wrote suites, he did so too. Similar with recitatives followed by da capo arias, four-part choral music, use of basso continuoetc. The specifics of his style lie with characteristics such as his skill in contrapuntal invention and motivic control and his talent for writing tightly woven music of powerful sonority. From an early age, he imbued himself with the compositions of his contemporaries and of prior generations, all of what was available from European composers, such as the French, the Italian, and those from all parts of Germany, and there is little of it that didn't appear in his own music.