Ai no Katachi-Gibo to Musume no Blues Theme 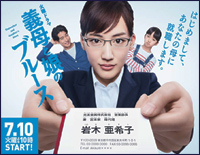 Ai no Katachi-Gibo to Musume no Blues Theme Introduction

Free Ai no Katachi piano sheet music is provided for you. So if you like it, just download it here. Enjoy It!

Ai no Katachi
is a song recorded by Japanese singer Misia, featuring Hide from Greeeenon the chorus backing vocals. It was released digitally by Ariola Japan on July 31, 2018, while the physical release is slated for an August 22, 2018 release. The song was written and composed by Greeeen and produced by Seiji Kameda. It is the theme song of the TBS drama series Gibo to Musume no Blues.

Ai no Katachi
debuted at number 3 on Oricon's Digital Singles chart with 18,000 downloads sold, marking Misia's first entry onto the chart. The song also made its debut onto the Billboard Japan Hot 100 at number 23, and at number 5 on Billboard Japan's Download Songs chart.