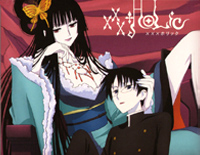 Free Lost Memory piano sheet music is provided for you. So if you like it, just download it here. Enjoy It!

Lost Memory is used as one of the soundtrack to the anime series xxxHolic. The anime adaptations of xxxHolic were produced by Production I.G. The first season of anime television adaptation of xxxHolic began airing on Tokyo Broadcasting System (TBS) on April 6, 2006 in Japan and ended on September 28, 2006, with 24 episodes in total.

And Lost Memory is created by S.E.N.S. that is a Japanese new age instrumental group formed in 1988, originally with two members. The name stands for "Sound, Earth, Nature, and Spirit" based on their spiritual policy.