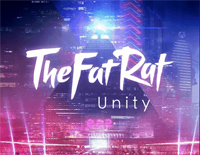 Free Unity piano sheet music is provided for you. So if you like it, just download it here. Enjoy It!

Unity
is a song by German record producer and musician TheFatRat. And it has more than 100 million views on YouTube. His 2016 Jackpot EP which reached #23 on the Billboard Dance/Electronic Albums chart. As of September 2018, his YouTube channel has over 3 million subscribers and over 581 million views.

And Unity was included on the album Sounds of Syndication Vol. 1 curated by Tom Cassell, one of the most subscribed streamers on Twitch.tv.