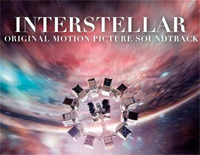 Free First Step piano sheet music is provided for you. So if you like it, just download it here. Enjoy It!

First Step
is one of the original soundtrack to Interstellar which is a 2014 science fiction film directed, co-written, and co-produced by Christopher Nolan. Interstellar premiered on October 26, 2014, in Los Angeles, California. In the United States, it was first released on film stock, expanding to venues using digital projectors. The film had a worldwide gross of over $677 million, making it the tenth-highest-grossing film of 2014.

And First Step is composed by Hans Zimmer, a German film score composer and record producer. Since the 1980s, he has composed music for over 150 films.