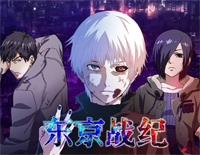 Free Katharsis piano sheet music is provided for you. So if you like it, just download it here. Enjoy It!

Katharsis
is used as the second opening theme to the anime series Tokyo Ghoul:re. Tokyo Ghoul is a Japanese dark fantasy manga series written and illustrated by Sui Ishida. The anime adaptation based on the sequel manga Tokyo Ghoul:re began airing on April 3, 2018, with the series being split into two seasons. And Katharsis is sung by TK from Ling tosite Sigure.


Meanwhile, we also offer Asphyxia sheet music for you to download
[ + More Information ]