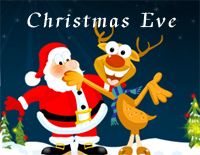 Free Christmas Eve/Sarajevo 12/24 piano sheet music is provided for you. So if you like it, just download it here. Enjoy It!

It was re-released by the Trans-Siberian Orchestra, a side project of several Savatage members, on their 1996 debut album Christmas Eve and Other Stories. The piece describes a lone cello player playing a forgotten Christmas carol in war-torn Sarajevo.