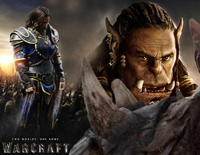 }
Free The Dawn piano sheet music is provided for you. So if you like it, just download it here. Enjoy It!

The Dawn
is the background music for Warcraft III: Reign of Chaos, also called the Frozen Throne. It is also recomposed from a very  famous esipode of "The Rock".

Warcraft III: The Frozen Throne is a real-time strategy computer game developed for Microsoft Windows, Mac OS and Mac OS X by Blizzard Entertainment. It is the official expansion pack to Warcraft III: Reign of Chaos, requiring Reign of Chaos to play. Released in stores worldwide in multiple languages beginning on July 1, 2003, it includes new units for each race, two new auxiliary races, four campaigns, five neutral heroes (an additional neutral hero was added April 2004 and two more were added in August 2004), the ability to build a shop and various other improvements such as the ability to queue upgrades.

And The Dawn is a piece of music by Dreamtale who is a Finnish metal band formed in 1999.