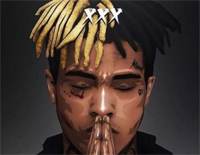 Free Jocelyn Flores piano sheet music is provided for you. So if you like it, just download it here. Enjoy It!

Jocelyn Flores
is a song written and performed by American rapper XXXTentacion. t is the second single from his studio album 17. It was sent to rhythmic radio on October 31, 2017, as the album's second single. The song is dedicated to Jocelyn Amparo Flores, a 16-year-old girl who took a vacation to Florida to meet XXXTentacion and committed suicide during the vacation on May 14, 2017.


Meanwhile, we also offer Sad sheet music for you to download

The Lyrics of Jocelyn Flores: