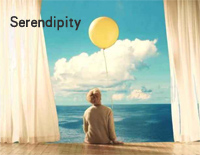 Free Serendipity piano sheet music is provided for you. So if you like it, just download it here. Enjoy It!

Serendipity
is a song by South Korean boy band BTS, sung as a solo by member Jimin. It was originally released digitally as an introductory song on September 8, 2017 in the extended play Love Yourself: Her, with the full length edition of the song being released on August 24, 2018 in Love Yourself: Answer. It was written by "hitman" bang, Ashton Foster, Ray Michael Djan Jr., RM, and Slow Rabbit, who was also credited as the producer.

The music video for Serendipity was directed by Choi Yongseok and Lee Wonju of Lumpens with the choreography for the song created by Brian Puspos who has worked with them before on previous dances such as "Butterfly". Other key personnel on staff were Nam Hyunwoo of GDW who was the director of photography, Shin Seunghoon who was the gaffer, Park Jinsil of MU:E who served as the art director, and Seo Seungeok who handled the special effects.